It's always a pleasure to get a mini in the mail from an artist with whom I'm not familiar, only for it to turn out to be excellent. Such is the case with Evan Salazar and his one-man anthology, Rodeo. The art style is somewhere between Dan Clowes' Eightball and Bill Amend's Fox Trot. That is, the settings are mostly naturalistic and conventional, but the figures are stylized and cartoony. Each story deals with something crucial that is lost or missing, and no one ends up satisfied. 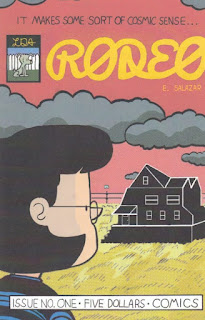 The first story, "Medium Brew", is about a young woman named Abigail who considers a bizarre episode from her childhood when her mother left and a strange man with a bandage wrapped around his head appeared the next day as a houseguest. None of this was ever explained to her, other than that he was a "friend who I am doing a favor for" and her mother went on a last-minute trip. The only real information Abigail got about this period was her mom telling her, when she came back a month or so later when the guest left, was that "I know that I was gone a long time, but it was only so I wouldn't be gone forever." When the guest was there, Abigail played kid detective, looking for clues and connections as part of a larger conspiracy as she even collected his daily coffee grounds? Years later, she found a photo of the guest as a younger man on a beach, with no further explanation, stuck in a textbook in the house. 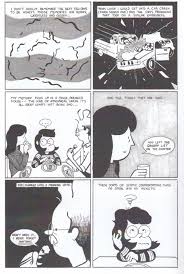 This story is fascinating because of its holes and gaps and the ways in which children fill in those gaps with elaborate narratives. It's their way of patching over trauma, until that trauma bubbles over in other, unexpected ways. When Abigal found that photo as a young adult, their first urge was to tear it up out of a surprising burst of anger. The question that is never broached is: who was the man? Why did her mom leave? Was he her dad's ex-lover, or her mom's? Was he a child from a previous marriage? Salazar vividly evokes that kind of family mystery that is never quite resolved but always leaves one wondering anxiously. If her mom left once, what was to stop her from doing it again? That anxiety takes a toll.

"Night Shift" is about a writer who dropped out of school to focus on his art, but works as a janitor to pay the bills. In two pages of nine-panel grids, Salazar juxtaposes that dream of being a writer with unpleasant, physical work. Hilariously, the writer/janitor composes a story as they work, self-editing to change phrases like "the odor of high-fructose corn syrup" to "the stench of high-fructose corn syrup." It's a complete statement unto itself as a work of the art he loves but also a desperate commentary on his unhappiness with his job. "Maggie" is about a cat who burns down her house after being frustrated by living inside, but comes to regret it when faced with the real world. 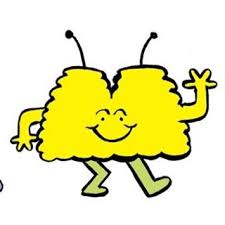 Each one of these stories, including the funny-creature Socratic dialogue "Critters" strip on the back, deals with an existential crisis of some kind. For Abigail, it's a lifetime of dealing not just with abandonment, but with an aspect of her life that made no sense. For the janitor, it was trying to live up to his identity of a writer in the face of literal garbage. For the cat, it was realizing that freedom wasn't exactly what she hoped it to be. They're all searching, probing, cleaning, and there are no clear answers. This is a small, unassuming comic that asks a lot of big questions.
Rob Clough at 3:00 AM